Quick video and one question and answer to do with a lady asking about resin for a project, plus a song at the end from the other YouTube channel featuring guitar and music: https://www.youtube.com/moonrunnermusic

I am thinking about doing more indepth videos to do with drawing in Procreate using an iPad. I am not sure whether to put the videos on this channel or my other channel at Dramamask Evolution. Let me know if this is something which interests you and will do more Procreate and iPad drawing/painting videos. If you enjoyed this video, please like, share and subscribe!

Quick video update by Dramamask Evolution for the month of August 2018. Brief rundown on recent and current projects.

A selection of artwork, sculptures, casts, illustrations and designs created with a variety of media, including, acrylic & oil paints, clay, plaster of Paris, concrete, digital media and more… 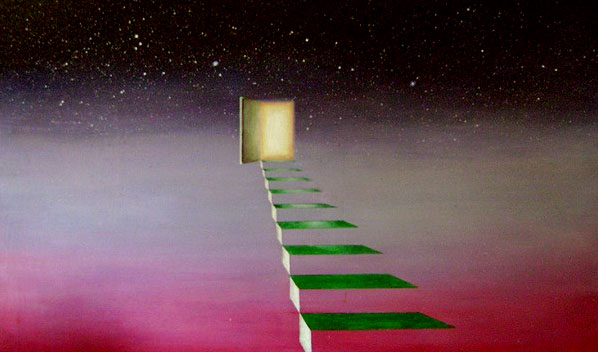 According to existential philosophy and many religious, and ‘spiritual teachings’, there may come a point in the individual’s life, where he or she may feel it imposed on them to question their own belief systems, which include the personal belief systems and the cultural inheritance of the individual. For the lucky few, this may be a smooth transition, but for many, may invoke a feeling of emptiness and existential anxiety.

The personal beliefs and cultural conditioning, no longer serve many individuals and to shed the skin of old belief systems and cultural or societal ‘norms’ may cause a feeling of intense unease.

With the confrontation with who you really are, which invariably comes into conflict to who you think you are, causes a conflict in the mind, of the old and the discovery of the real self, which lies hidden under the layers of conditioned thought or programs absorbed from the individual’s environment since birth.

It dawns on the individual that he or she, is alone in their own quest for meaning and truth, which maybe a task not easily taken, but once the seed of realisation has been sown, there is only one way forward, which is to embrace one’s own life and seek out their own meaning and values.

The steps in this painting represent the angst and anxiety when confronted with this realisation. Finding oneself in an abyss of nothingness, with a glimmer of light at the top of the steps, with each step needing to be tread, before walking through the door to one’s own true self and finally feeling secure with that union. A confidence with who you truly are, muting the self-sabotage of our own inner thoughts, while at the same time being unshakable in the face of the sabotage from the outside world. Nurturing compassion from the inside, reflecting to the outside. The ultimate goal. 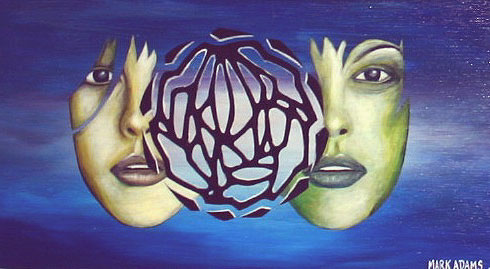 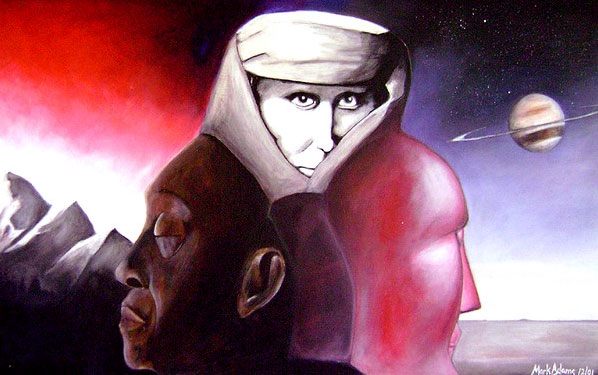