The Space Baby Buddha was one of my first paintings after deciding to make an effort to learn more about painting. I hadn’t drawn or painted very much at all since leaving school in 1989. I decided to pick up my pencils to develop my drawing ability and learn how to paint, as my experience with painting was very limited at this time in 2001 – twelve years later. 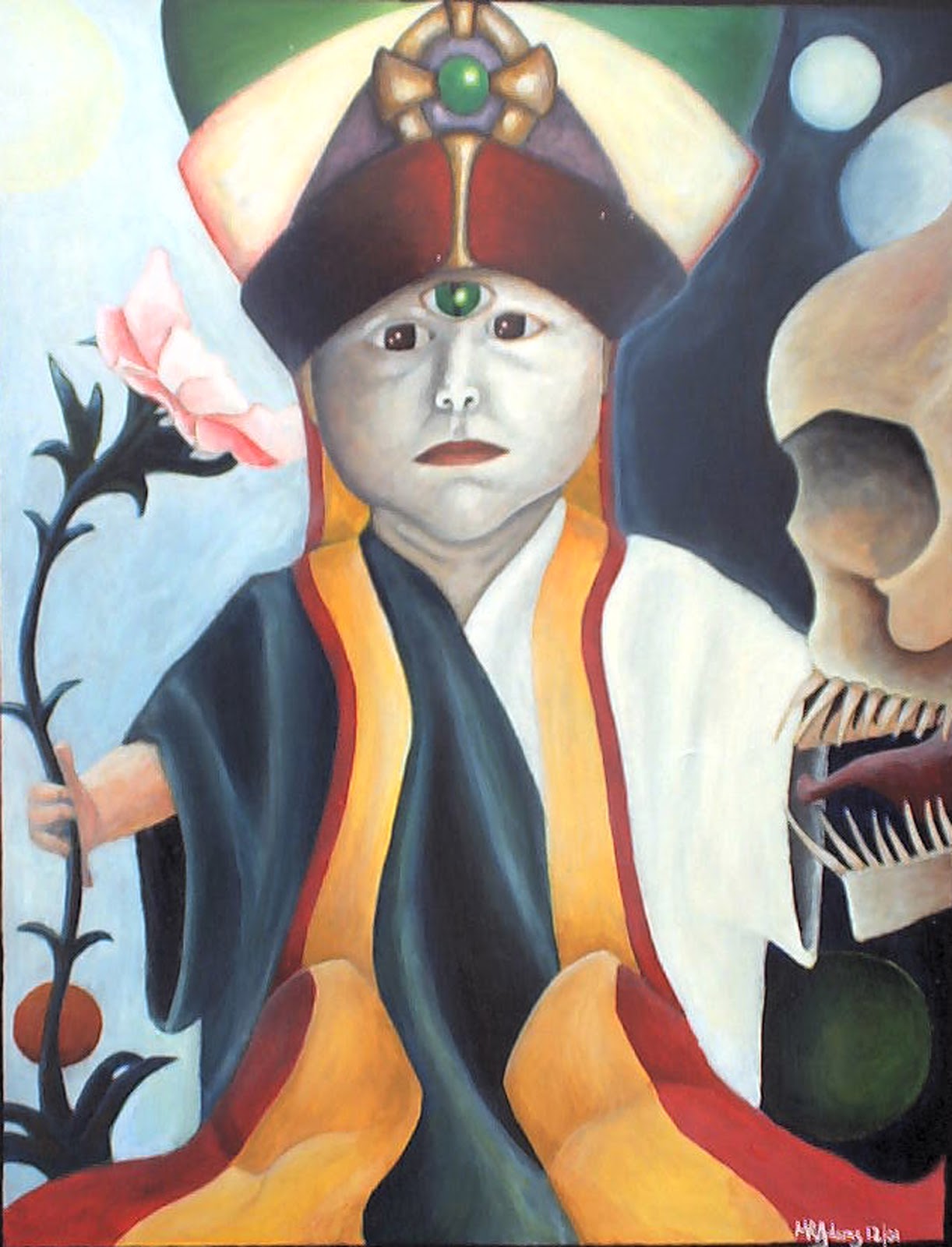 Around this time, I had been reading into topics including Buddhism, Hinduism, Jungian Psychology and material of an esoteric and occultism nature.

After finishing the painting and looking at it, I noticed I had unwittingly painted an assortment of symbols which seemed to relate to a ‘mandala’ theme. I had painted night and day, or light and dark, along with ‘good’ and ‘evil’ and four elements surrounding the Space Baby. The Space Baby seemed to represent a ‘timeless’ wisdom and although appearing as a young child, the Space Baby was also an ancient entity, embodying a ‘pure’ wisdom.

At the time, I remember finding my own intuition and listening to what it would say, instead of what I had done before and to ignore intuition completely. Prior to discovering intuition was in fact a real function of our being, I denied it’s very existence and didn’t believe intuition existed in reality. In the painting, intuition is represented by the green orb within the gold cross on the Space Baby’s crown.